Bloom Day, But There's Nobody Here But 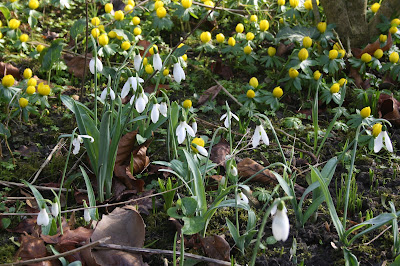 It's Bloom Day, but there is nobody here but 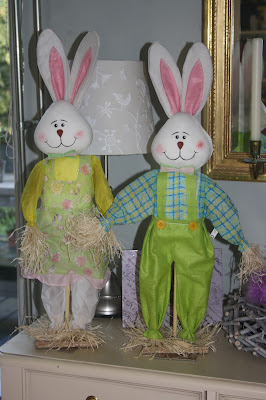 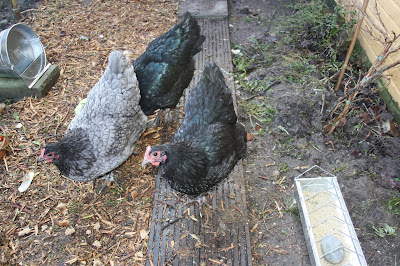 That's right, 10 cats and one small dog were not enough so now I've added a few chooks to the mix as well. They are Australorp chickens and hail from the land of Oz originally. There's 3 of them; Kylie (the blue one) and Possum and Skippy, the black grrls. Pretty, aren't they and great egg producers or so I'm told. They arrived chez Bliss last Saturday and are settling in nicely. Hopefully they will start laying eggs soon. 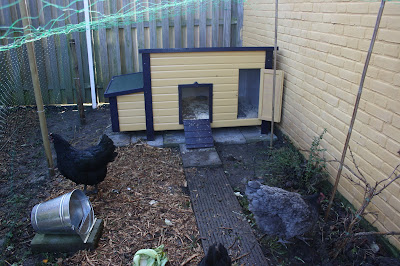 I didn't get the chooks for their eggs only, but also for the manure they produce which will be used to fertilize the potager and borders. Apart from that chickens are very handy when you want to get rid of kitchen scraps, especially those you cannot bung on the compost heap. One chicken eats about 50 kilo's of kitchen scraps per year. 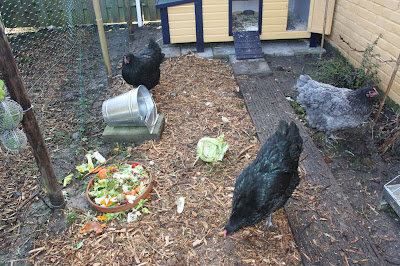 But enough of the latest addition to the Bliss Team, here are some pretty blooms for your delectation: 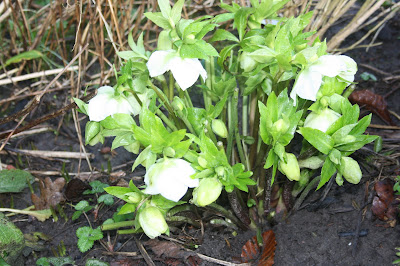 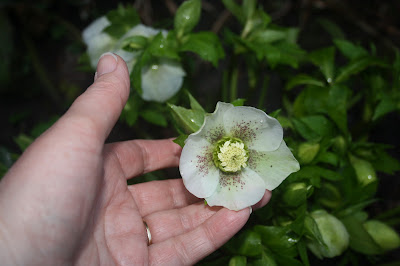 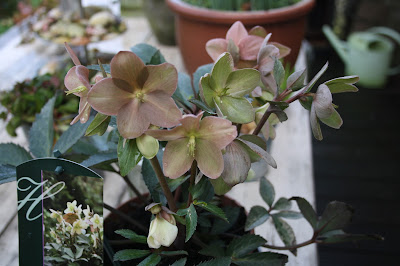 Hellebore nigercors Emma, with upright-ish flowers instead of the usual droopy ones 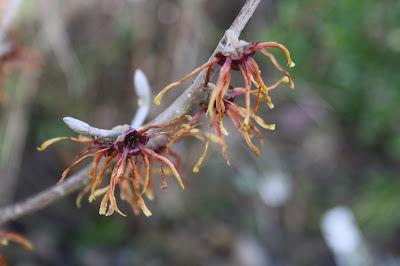 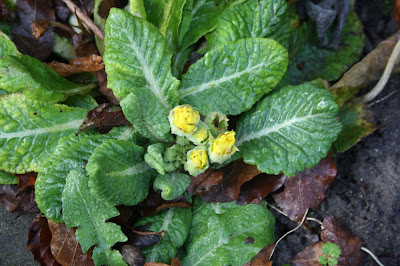 Primula vulgaris, one of many about to burst into bloom, 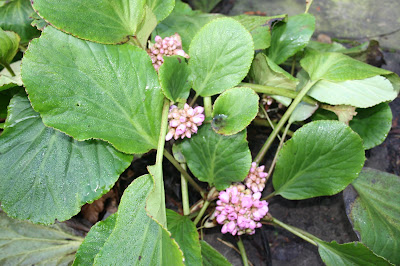 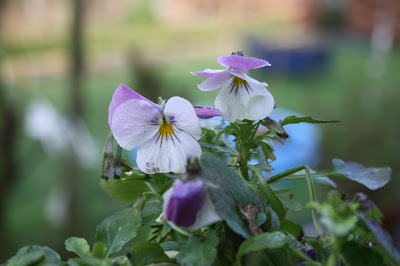 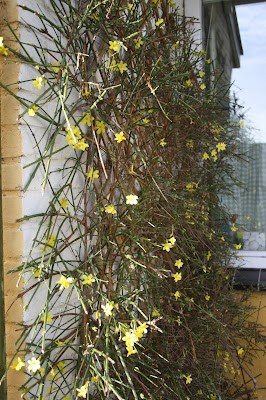 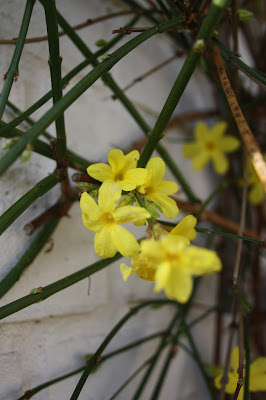 Jasminum nudiflorum, it's called nudiflorum because it flowers on bare branches. This baby has been in flower since last November. 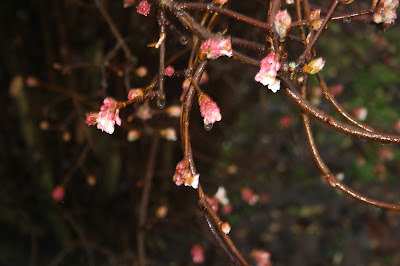 Viburnum bodnantense Dawn, she's been in flower since last December, and she has a wonderful scent, bless her. 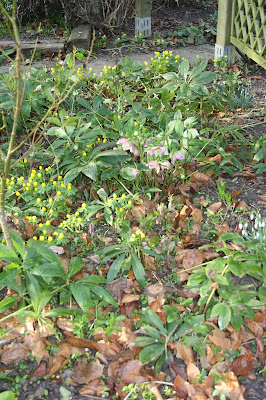 Snowdrops and winter aconites flowering their socks off, 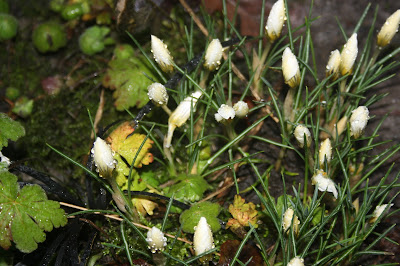 and not Lucy in the Sky with Diamonds but Crocus in the Earth with Diamonds. Aren't those brave little troopers gorgeous?

When I started the Bliss garden my aim was to have flowers in the garden all year round and so far I've managed that for the last 5 years.  Flowers all year round are a joy and they are particularly precious at this time of year.