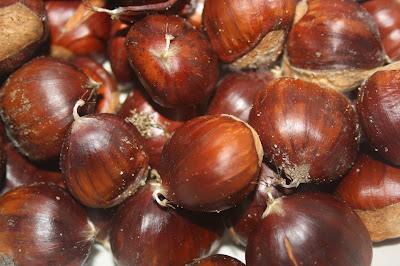 Chestnuts roasting on an open fire ..... Don't worry Christmas isn't upon us. Yet! Just trying to capture that image that says Autumn like nothing else. Roasted chestnuts is one of those images and so is this 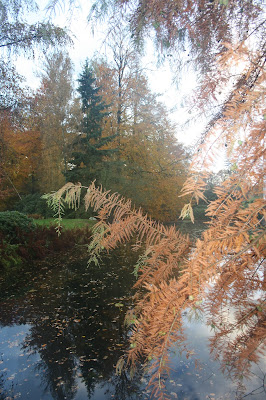 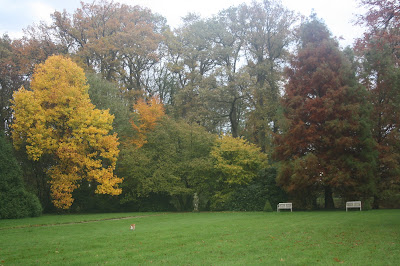 Autumn is such a cliché, isn't it? One hoary old err chestnut after another, but fun though and pretty spectacular colourwise. 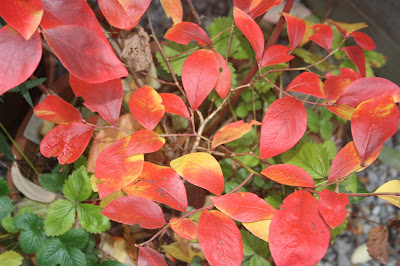 And fun was had by all. Recently yours truly went on a much deserved break and took the Ickle Pup and the odd kittycat or two with her. We stayed in the former coach house of a friend of mine, as we've done many times before. It's situated smack in the middle of a huge forest. 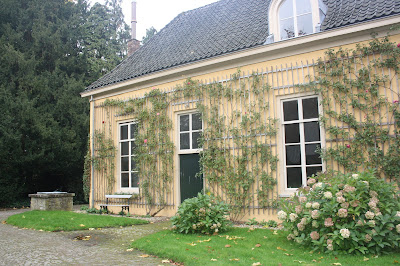 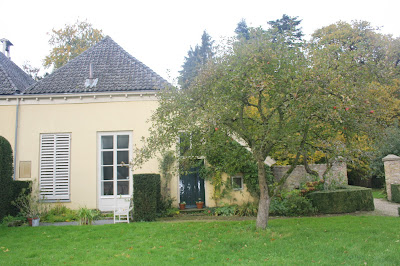 This time Autumn was a rather magnificent affair as there had been hardly any wind to speak of so the trees were in full regalia. Magenta, gold, copper, purple, green, silver, burgundy, orange all vied for our attention. The Ickle Pup aka Tara went beserk with it all and ran around like a demented chestnut. 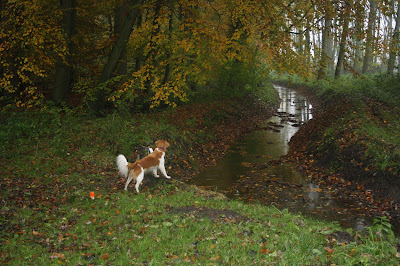 Wish I had a huge forest in my back garden so that widdle Tara could run around to her heart's content. Unfortunately she has to make do with this, a back garden of more modest proportions and with just the odd tree here and there. 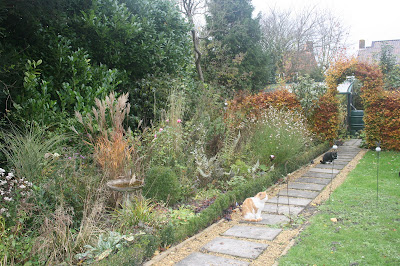 A garden she has to share with others as well. On the garden path are Macavity (red&white) and Jeeves (black&white) enjoying a balmy autumn afternoon. Lately we've been enjoying days of 15 C which is rather warm for the time of year. Since last weekend we are back to our usual schedule of temperatures around 6 to 8 C. Brrr, high time to bung the wooly hats and gloves on. 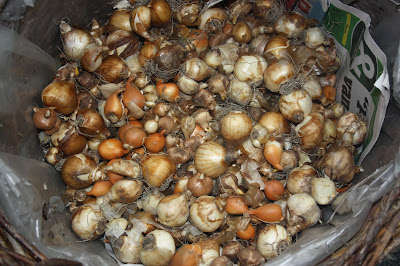 But before I do just that, I have a few bulbs to plant, a mere 1600 of them. Yes, I'll wait until you've recovered from the shock. Don't know what this hullabaloo is all about, a piffling 1600 bulbs is nothing to get worked up about. You really should go out more and visit the Keukenhof in Dutchland were they plant millions of bulbs every year. 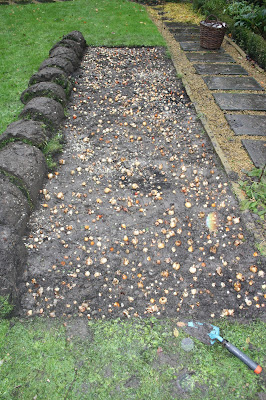 I, on the other hand, had much much less to plant so I simply rolled up the grass carpet, scattered the bulbs and planted them were they fell. Then I rolled back the carpet and that was pretty much that. Can't wait to see them in flower though! 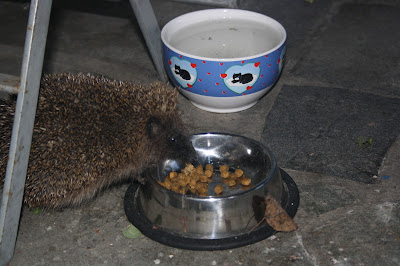 I leave you with this new addition of scroungers chez Bliss. After feeding pretty much every stray kittycat within 10 miles of Bliss for years and years, and a vast amount of the bird population as well, now I have another hungry widdle mouth to feed.

Speaking of food, excuse me while I burn my fingers trying to peel the roasted chestnuts. Ouch,  mmm yummy! Autumn is Bliss!